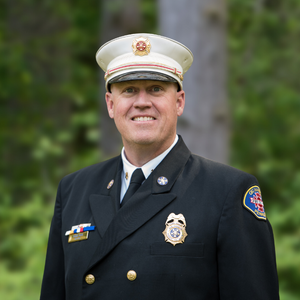 Chief Dennis Doan was hired as Fire Chief of Gig Harbor Fire & Medic One in March 2021.  Chief Doan’s fire service career began with the City of Boise in April of 1991.  He served as the City of Boise Fire Chief from February 2008 to March 2020. Chief Doan is the past president of the Southwest Idaho Fire & EMS Chiefs, and the Professional Firefighters of Idaho.  He also served as a Trustee on the Boise School District Board. Chief Doan founded the Idaho Fallen Firefighters Foundation and built the Idaho Fallen Firefighters Memorial.

Chief Doan has a Bachelor’s degree in business administration from Northwest Nazarene University, an Associate degree in fire science from Boise State University, and is a graduate of the National Fire Academy’s (NFA) Executive Fire Officer Program (EFO). Chief Doan has been awarded the Chief Fire Officer (CFO) Designation from the Center for Public Safety Excellence (CPSE) in 2019 and 2022.

Chief Doan believes in making data-driven decisions.  The focus of the fire district in the next several years will be building bond projects using funds approved by our taxpayers in August of 2022, looking for ways to increase efficiency for the residents of our district, and mentoring the next generation of leadership for Gig Harbor Fire & Medic One.

Chief Doan and his wife, Shawn, live in Canterwood and enjoy spending time with family and friends, golfing, and travel. They have three children, Dustin in Denver CO, Aidan in Boise ID, and Skyler in Gig Harbor WA.

Have a question for the Chief? Email questions or comments directly to Chief Doan at ddoan@gigharborfire.org. 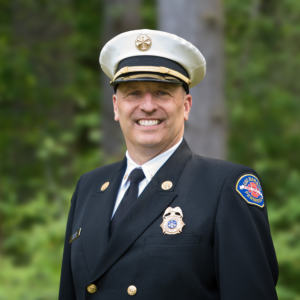 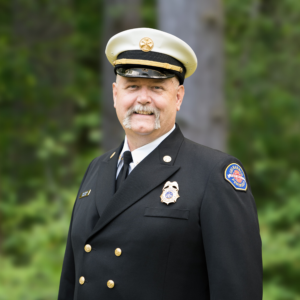 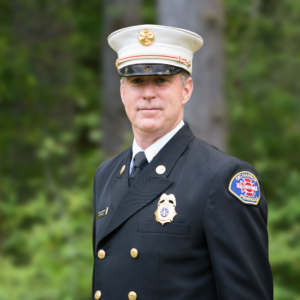 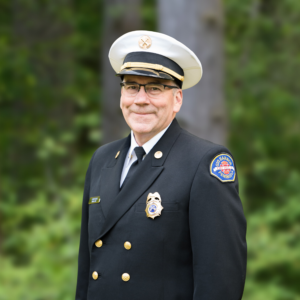 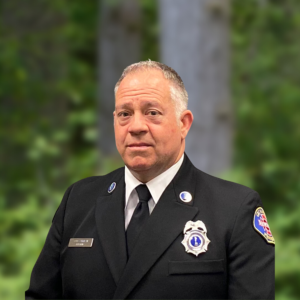 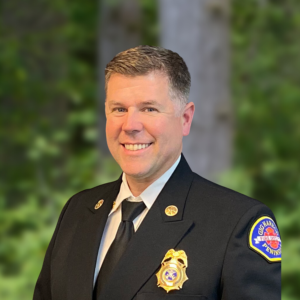 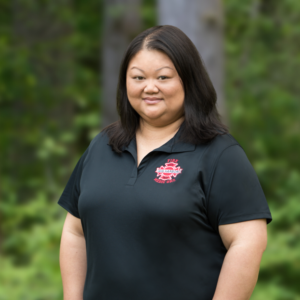 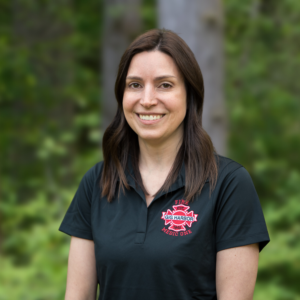 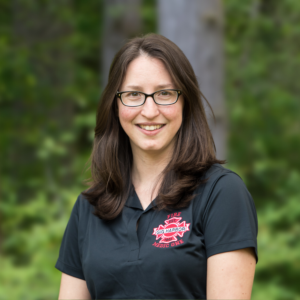